Due to icy conditions our office is short-staffed and shipping may be delayed. If you need support, please submit a ticket and we will respond as soon as possible.

What is Activated Oxygen?

Activated oxygen is most commonly known as ozone or O3. Ozone contains three atoms of oxygen rather than the two atoms we normally breathe. The extra atom of oxygen becomes a scavenger, destroying pollutants, bacteria, viruses and odors. While this third atom is very powerful it has a short life cycle of about 20 minutes, leaving behind only pure oxygen.

Ozone is created naturally when oxygen comes in contact with ultraviolet rays emitted from the sun. Since ozone is heavier than oxygen it falls and attaches to pollutants and cleans the air we breathe. Ozone is so safe it is being used all over the world in operating rooms, the organic food industry, municipal water systems, swimming pools and the list goes on and on. The beauty of ozone is that it leaves sparkling fresh water and a pathogen-free environment with only pure oxygen as a byproduct.

When ozone is bubbled through oil it is captured and preserved, increasing the longevity for up to ten years if refrigerated. The oil becomes a gel or cream, making it easy to apply to the skin. It has no known side effects and is often used for a variety of skin conditions.

The Technical Side of Ozonated Oils

Ozone is bubbled in oil at high concentrations under a controlled environment until it slowly begins to solidify. Basically, a catalytic reaction occurs that actually changes the oil and three primary organic peroxides are created through the entire process. In other words, the first peroxide reacts a second time to produce a second peroxide, then one more time to form a long chain terpene ozonide (C10H18O3). This can stay in the oil for up to ten years if refrigerated and is natural, needing no chemicals, preservatives or stabilizers to maintain. 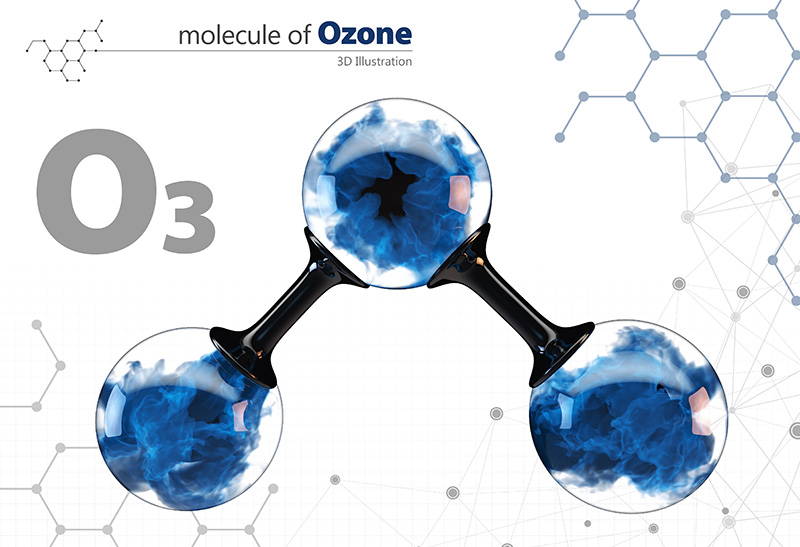 Check out our ozonated oils